Why we need followers: embrace your calling
The R. Kelley Model of Followership categorises followers and their roles in an organisation

Who hasn’t, at one point or another, dreamt of being president? It’s a fascinating concept; to lead a whole nation, to have so much power and millions of followers. But if everyone was a leader, who would follow?

In 1992, a brilliant researcher by the name of Robert E. Kelley found himself wondering the same thing. He found that almost all research focused on leaders; how to create them, their characteristics, what makes a good leader, and the perennial question, are they born or made? He realised that no organisation could function on leaders alone… we need followers. This led him to postulate his theory of Followership¹. This model became an influential concept in management science, helping to overturn the traditional view of managers as 'active', and followers as 'passive'. 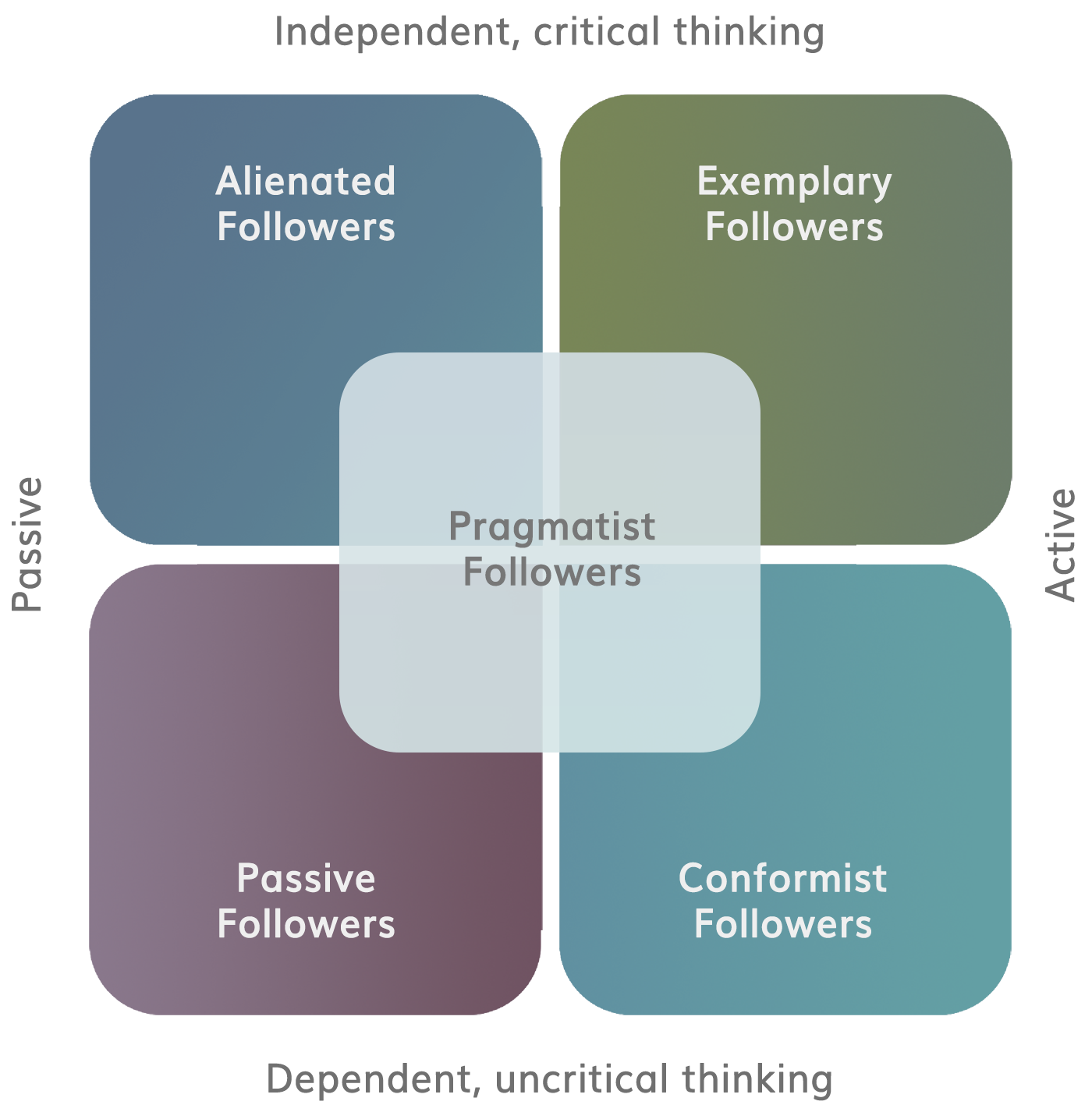 The purpose of Kelley’s research was to shift the discussion from a leader-centric point of view to follower-centric so let’s do exactly that. It is a common misconception that the goal of followership is leadership. Followership is valuable in itself, especially if carried out with integrity and authenticity³.

While leaders may perform the role of lead actors, no screenplay is ever complete without its supporting characters. A follower may possess characteristics or knowledge that their leader lacks, adding value to projects and teams. Action and engagement are inherent to star followers. Leaders are expected to be knowledgeable, proactive, hard-working and innovative. It should come as no surprise then that exemplary followers also possess the same characteristics.

We often claim that leaders are the drivers of change, but what if the opposite was true? What if leaders are just malleable products of followers⁴? This essentially means that leaders are only capable of bringing about change if they have the support of their followers. 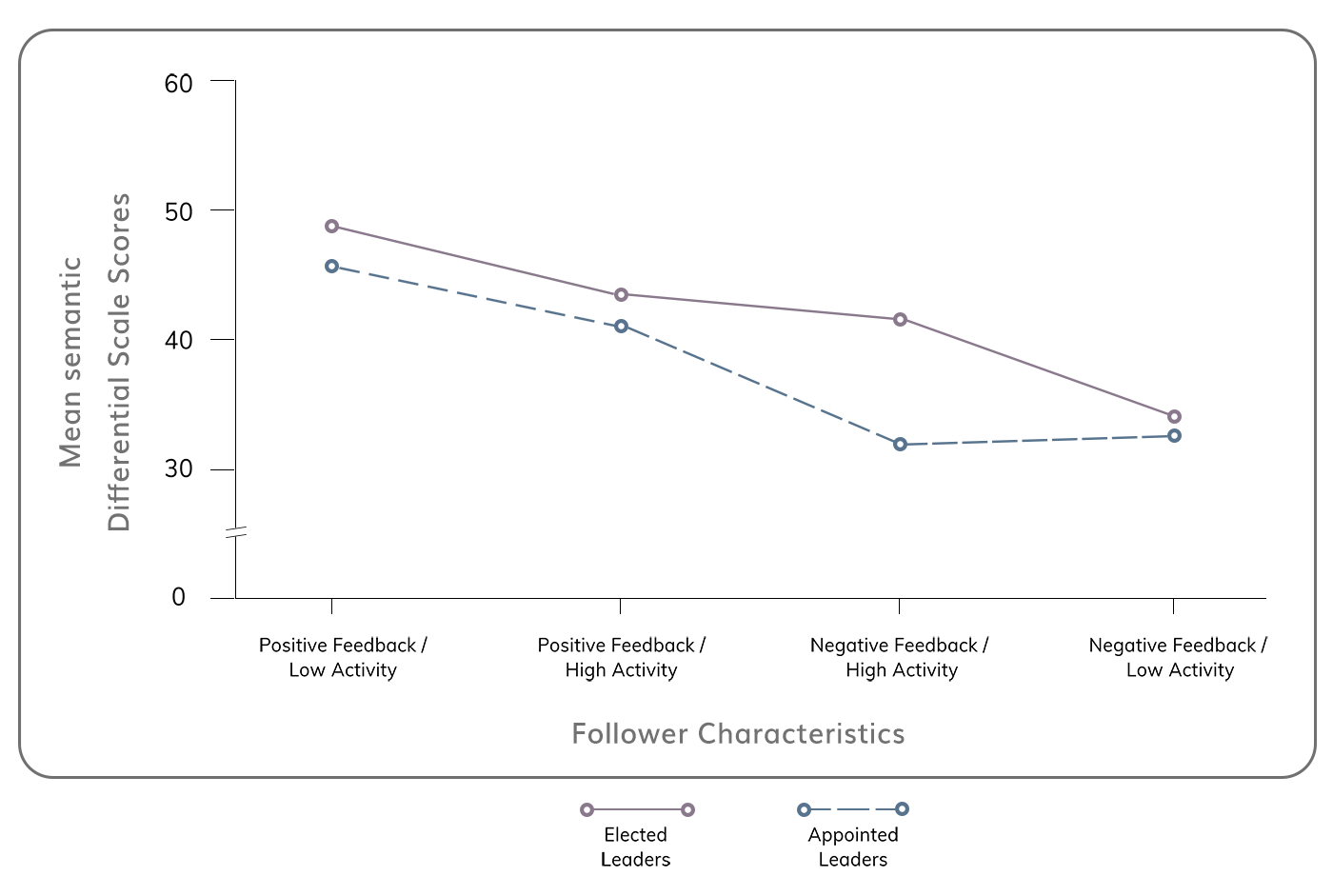 Research has shown that both elected and appointed leaders perform better in the presence of active, positive-minded followers, as shown in the graph above⁵.
So, what does this mean? Its clear that followers have a real influence on the organisation and the outcomes of a decision. We need to understand that followers and leaders have different roles in an organisation. While leaders may be better suited to head meetings or represent the company at conferences, followers can be better suited to doing the grunt work. A document needs a proofreader, a project needs a researcher, and data needs an analyst. While these may not be glamorous job descriptions, they are still crucial to the advancement of a company because they help smooth out the bumps on the path to success. It takes more than just a few people with charisma to keep the ball rolling.

When an organisation is viewed from a follower-centric perspective, new and innovative ways of improvement are brought to light. In this way, followers too realise their power, identify strongly with their work and take on a more active role. So while we can’t all be great leaders, we can be great followers. All it requires is a little change in perspective.

SHAPE examines the factors affecting Employee Engagement, including Management Style. This helps identify areas for improvement – for both leaders and followers.

³Hamlin, Jr Allen. Embracing Followership How to Thrive in a Leader-Centric Culture. 2016.